skip to main | skip to sidebar

Teo from Belarus with “Cheesecake” 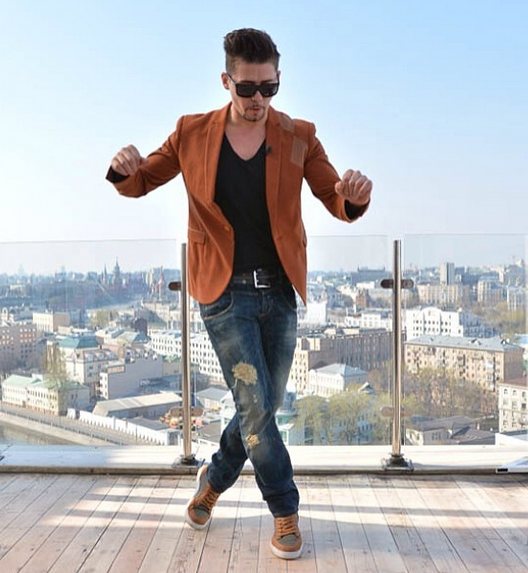 Last year countertenor Cezar from Romania was my favorite, this year Teo from Belarus has convinced me with his team, his preperation for ESC and his song Cheesecake. On the one hand in multiple skills both are the best of the year, on the other hand both have to overcome great obstacles. This makes them much more interesting to me than all the stars that are spoiled from success.

Cezar’s unusual mix between trained opera voice and pop music met with resistance, Teo's disadvantage is that he comes from Belarus. Strange for a music competition? Western European delegations such as NDR from Germany are repeatedly confronted with rhetorical questions, whose answers imply insult and exclusion of non-NATO countries. Last attempt was the campaign around Conchita Wurst from Austria. Remind: The petitions of this campaign want to display Russia and Belarus as homophobic dictatorships. Officially there doesn't exist reliable information about this petitions, so far they proved to be unnecessary.

The musicians are left out in the cold. Fortunately Teo shows much diplomacy in dealing with snubs. A 15-minute documentary of the Belarusian TV makes a joke about the exaggerated preparations before ESC. It also includes Conchita Wurst's trials of charming flirt with Teo.

Teo, real name Yuri Vashchuk, was born in Minsk on 24.01.1983. He studied music and now works as a composer, arranger, producer and singer. As a composer he has already a few times won the Belarussian pre-selection (2010, 2012, 2013), unfortunately his winning songs were replaced. With replacements of songs Belarus has often irritated ESC-fans. Thus, even after Teo 's victory of pre-selection 2014 the first question was about changing the song. The lyrics of "Cheesecake " (author Dmitry Novik ) refered namely to "Google Maps" and thus violated the rules, because advertising is not allowed. But Teo only changed one line to "all the maps".

I do not wanna be your toy perhaps today
I'm not gonna be your boyfriend, it's too late
I look over all the maps trying to escape
'Cause I'm tied up in your sweet cheesecake

Teo took part in a lot of promotional activities such as "Eurovision In Concert" in Amsterdam, "Teo's Stage Party" in Minsk or "Russia Eurovision Pre-Party " in Moscow. Teo shares a sense of fun, making the atmosphere relaxed and friendly with competition for cover versions of his songs, with giant cheesecakes, with a performance together with Babushkas, with a music surprise for Loreen from Sweden and a nice meet and greet interview after his first rehearsal in Copenhagen.

Whether Facebook, Twitter or Instagram, Teo is present everywhere. He seems to be interested in feedback from his fans. But in his promo he has to accept a few strict rules . According to the contract with Belteleradiocompany

- He may not put on weight (not consume too much cheesecake). In recent weeks he has even operated regular exercise and already lost 10 kg
- He cannot determine his clothes and hairstyle
- He is not allowed to consume alcohol and drugs
- And he has to keep a strict timetable.

In return the contractual partners are obliged to pay organization, travel, accommodation, clothing etc. Now it becomes clear what the amusing 15-minute video is about. Teo is so far the only one who makes fun of some bizarre restrictive contracts that ESC participants have possibly to sign.

Although commissioned work as one of the few songs Teo’s funky song does not sound as exclusively composed only for the Eurovision Song Contest. On 08.05.2014 during 2nd semi-final Teo will try to make it to the final with Cheesecake. For his performance he will be supported by backing vocalist Denis List, Artyom Akhpash and Yury Seleznev and dancers Alexander and Andrei Martynov Zalesskiy

Die Niederlande mit The Common Linnets "Calm After The Storm"

Musik-Video "Calm After The Storm" von The Common Linnets

Since years I feel more attracted to Azerbaijani approach to Eurovision Song Contest than to the German. I think this is due to the fact that in Azerbaijan a woman has sovereignty over this issue, and this is Mehriban Aliyev, the wife of President Illham Aliyev. She obviously has a different conception of success, which is expressed mainly by a modern image of women. But -  this year Germany’s female band ELAIZA finally holds out hope of improvement.

Just to have good musicians is not enough. The responsibility primarily carries country's delegation but unfortunately in Germany they didn’t change anything in the last 16 years. The following text therefore differs from anything usually published in Germany on the subject of ESC. This can be attributet to the fact, that I am the only woman in Germany, who publishes regularly and independently from broadcaster NDR. The unanimity of men concerning ESC rather indicates that the NDR with his paid bloggers (Feddersen, Wolther) and steered fans (most men) undermines music journalism and freedom of press. Therefore now a comparison with Azerbaijan.

Start A Fire
Azerbaijani contribution of this year is very nice. With headphones at night in bad weather enjoy the anonymity of a big city and then listen to Dilara Kazimova's "Start A Fire " in a loop:

A classic chanson in which only the sound of the woodwind Balaban (Armenian duduk ) refers to the Caucasus. His soft sound emphasizes the melancholy mood. Impact and success of the song will depend on the live performance by the singer. If she is not even supported by backing vocals, it will not be easy. As ESC fan one knew Dilara already from shows of previous years. At 03:03:14 she revealed: "When I decided to participate in the selections, I thought it would be the last time, because it is required to pass very complicated stages." In Azerbaijan the selection of participants is very hard. Of course I cannot look behind the scenes of this marathon of shows, but for me it is important that the scale of achievement, success and result is consistent and follows my ideas and values.

Are German standards an insult to the public?
The whole advertising of our ESC Star Lena persuaded the audience that it is desirable, if a woman can nothing but to hide her inexperience with grace, charm and naturalness. Since I had seen the live performance of the Germans at the press conference in Oslo in 2010, I changed the fronts: Two elderly men (Stefan Raab and Thomas Schreiber ) let an uninhibited girl recite "I'm stupid, and that's a good thing."

Fake irony had to hide the inability. Why didn’t they chose someone who can? Or why not ridicule the whole simulation of this competition? On the contrary, German delegation wants us to believe that they have to control the rules and that they are the big stars and masters of the world. Stefan Raab actually had had bad luck in his own mission of USFO and so his presence in Oslo was redundant. He sticked to Lena like wax, because he wanted a share of the pie. After 2010 professional musicians have to admit defeat behind this fake, because they all will forever be compared to these "winners". The courting of stupidity and a reactionary image of women has only attracted neo-fascists and right-wing extremists like Anders Behring Breivik, but – oh – this is treated as a taboo issue.

And with such a conception of success the following stars are set on the wrong track. Elzbieta Steinmetz (vocals, keyboards), Natalie Plöger (bass, vocals) and Yvonne Grünwald (accordion, vocals) from band ELAIZA are trained musicians. Instead of emphasizing that they follow their profession, they were so "stunned” by their success at German pre-selection. Should women just like little kids only be successful by suprise and luck? And the fact that no men are sticked to them like Raab to Lena suggests that NDR excludes their victory. Strange also that the A&R manager of this wonderful female trio, Adel Tawil, was degraded as a newcomer at last ECHO awards ceremony. Actually Adel Tarwil works for more than 10 years successfully in music business.

Taking all this into acount I prefer the Azerbaijani concept. Their image and promotion of women seems more logical: Dilara was with their musical colleagues on an equal footing, then she won the pre-selection and is now described as a well-educated, independent but also thoughtful and vulnerable woman with a sense of responsibility.

Is It Right? Is It Wrong?
Dilara Kazimova’s promotional tour is over just 10 days abroad, at the same time she takes part in the competition "Voice of " in Ukraine. As every year there was an advertisement for the contribution and an internal selection. So far Azerbaijan every year counts on the same composers and authors, this year they are again Stefan Örn, Johan Kronlund and Alessandra Günthardt. I'm assuming that they pay attention that the message of the song is compatible with the interests of the Azerbaijani politics.

"A soldier in the hands of a forgotten mess,
Digging out the burning bullets in his chest,
so eager, bold and classy - printing footsteps on this earth.
Maybe nightfall darkens skies, Maybe teardrops stain our eyes,
But may the slightest light start a fire”.

What about song and promotion for ELAIZA? I do not require totalitarian campaigns as they were applied to Lena Meyer Landrut, and I can just do without fakes of success. But it is boring and demoralizing, too, when the bustle is stopped, because we already know what the outcome will be: 0 chance to win.

ELAIZA'S advertising seems mostly to be based on their own activities. I like it how they present themselves, how they present their CD while also perform their ESC entry with small modifications. Because as a fan and as a woman I feel taken seriously. It is admirable that singer Ela has written their ESC-song herself (together with Frank Kretschmer). But all this is far too little appreciated. That Ela's Polish-Ukrainian origin is highlighted may be a political calculation of the German delegation. Actually ethnicity well as sexual orientation are no categories of a music competition.

In view of the fact that well educated women in German music business have still hard times the song “Fight against myself” would have been much more representative as a German entry than the question “Is it right?” Obviously it is still wrong.

"I fight against it all, 'cause I know who I am
I try to win the war, winning nothing in the end
Yeah I fight against myself becoming who I am
Getting closer to the end.