skip to main | skip to sidebar

"Birds falling down the rooftops,
Out of the sky like raindrops,
No air, no pride,
Birds."

"If being myself is what I do wrong,
Then I would rather not be right."

Last year, I correctly predicted the victory of Sweden, this year I'm going for Georgia. Why Georgia?

1. This year's Eurovision contribution from Georgia has nothing to do with Georgia. This logic follows European strategies and should accordingly be rewarded by the voting, as 2011 with Azerbaijan.

Just like the song from Azerbaijan 2011, Georgia’s song is from Sweden, from Erik Bernholm and Thomas G:son (Thomas Gustafsson). G:son is the composer of the winning song from the previous year (Euphoria). G:son can be seen as an intensified mix of Ralph Siegel and Stefan Raab. He defenses his Eurovision titel under Georgian flag.

2. G:son composes according to the principles of a lottery player. He has already tried 64 times with similar songs to participate in ESC, specifically for Sweden, Spain, Norway, Finland, Denmark, Poland, Romania, Belgium and Malta. From these experiments he has won 8 times the pre-selection and 1 time the ESC. But of course even more is possible.

This year G:son started 8 attempts, namely 5 for Sweden, 1 in Denmark, 1 in Malta and 1 in Georgia. He was able to achieve in Georgia his masterpiece, because he had no rivals and was nominated. Unfortunately it is not known how many songs he has really submitted to the Georgian. Now G:son this year is actually represented with only one song, so that he has to put everything on one card. Tension!

3. From his Swedish point of view it appears comprehensible that he involves Swedish background singers for a Swedish show. To keep up a reference to Eurovision and Georgia, there were engaged two professional singers from Georgia who now will act as a dream couple: Nodi Tatishvili and Sophie Gelovani.

4. Nobody will be surprised that Georgia's song "Waterfall" resembles the song of Russia "What If" in many ways, finally, both songs are Swedish productions. In both cases it is a catchy power ballad with touching strings and delayed rhythm for anticipated standing ovation. One can practice at [02:10]. Too bad that they have this year removed the seats for fans.

5. G:son's Swedish colleagues have again changed the voting procedures, so that the voting of audience loses influence. But as public controls are not allowed, it is useless to start discussions about this. These adjustments are only to justify the victory.

6. Sweden against Sweden in Sweden ... with similar Swedish songs. This provides plenty of variety and drama. To add a further element of dramatization show producer Christer Björkmann abolished the draw for the starting order to adapt it according to his Swedish taste. Now G: son's strongest rivals from Macedonia, San Marino, Azerbaijan, the Netherlands, Ukraine and Russia start early in the shows and one after another with the result that the TV audience will easily forget them. Not to mention the fatiguing effect of the floods of ballads to the fans standing in the hall...

Only G:sons ballad for Georgia got a very advantageous position in the starting field: In the 2nd Semifinals start number 15, after an Albanian piece of rock and before Swiss Salvation Army.

Non-Eurovision fans might wonder why the ESC-fans do not protest against such an obvious abuse of the competition.

1. G:son is not an isolated case. Swedish composers, writers and producers specialized entirely on the ESC.

2. With shows as the Swedish Melodifestivalen and with marathons of pre-selections the Swedes celebrate their Melodi Grand Prix throughout the year. They established long-term relationships with a homogeneous, highly organized international fanbase. At least these groups have no longer to do with original fan culture. They function more like guided consumer associations. See video of the Russian Song "What If".

3. From this we may conclude: hardcore fans are indoctrinated Sweden fans.

German broadcaster NDR has already promised to "his fans" in chummy service jargon that this Swedish concept will be introduced in Germany. Not hard to guess who will be Germany's G:son and Björkmann in one person.

Back to Georgia:
In this way we learn just as little about Georgian music as we learned about Azerbaijani music. Georgia’s culture becomes a white spot on the map. That this isn’t true proves a concert by The Shins.

What a differance to their ESC song! Only a fraction of this Georgian music at ESC and I would be happy. But at least I can look forward to next year, because then I will go back to the Caucasus, because G:orgia will win.

This year Russia has produced a music video in which they parody their own Eurovision entry. With an amusingly selected audience they anticipate their success at Eurovision Song Contest, but there is to pay a high price: What you see in the end is fun-fascism.


Actually the song sounds too nice to derive a critical text. But is this appeal to humanity not almost too much? Wouldn't it be a shame not to describe the well made discrepancy between tonal and pictorial language of the clip? So I am going to start:

Just as trustworthy as German singer Nicole the young singer Dina Garipova dreams of a perfect world, too. She emphasizes her dream with strong voice and catchy power ballad. But the song is loaded with rhetorical questions that take general agreement for granted.

In the clip public’s consent is taken to the extreme. But in contrast to Dina’s wide-open heart the film setting acts in a claustrophobic hermetically shielded room. The old-fashioned proscenium stage provides a clear division of roles between transmitter and receiver, so that the constant repetition of words as "together" and "we" becomes contradictory. With the line "What if we came together as one" the song refers to this year's Eurovision slogan of Sweden:

"We Are One"
We leave the music competition - the organization is negotiable. And so we are confronted with a repressive slogan that pretends harmony, but negates different opinions and criticism and excludes tolerance. Such slogan would have fit to a church congress or political party conference, but not to a competition of pop music with 39 countries.

In the clip we observe people charged with emotion. They more and more lose any critical distance from what is happening. They appeare affected, enthusiastic, blinded and stupefied. Does this music clip aktually spoil the fun? A little bit, but that's ok. Regarding the choice of such a slogan I do not believe in ignorance or accident. Perhaps it is to distract attention from the fact that there are planned political events in Malmö, where German and Sweden organizers will probably again evoke discussions about the exclusion of some countries: "[...] it is therefore relevant to ask about the significance of the places at the ESC is performed.”

The song "What If" is written by Swedish producers Gabriel Alares and Joakim Björnberg in cooperation with the Russian musician Leonid Gutkin. From Sweden, with Sweden, for Sweden, in Sweden... Have I to add that Dina Garipova is signed by Universal Music?

Thus the Russian contribution is probably no alternative to the simplified strategies for success at the ESC, but their video at least makes us reflect the conditions of success and our role as fans and supporter. 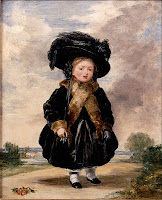